1. Describe an instance where you set your sights on a high/demanding goal and saw it through completion. 描述一个例子，证明你给自己确立了一个很高的目标， 然后完成了这个目标。
问题分析： 考查意图： 制订高目标的勇气 + 完成高目标的执行力。关键词： demanding goal + saw it through. 所以， 在描述的时候要着重描述这个任务为什么这么demanding， 有些什么具体的困难，你是怎么样一步一步去克服的。
回答示范：
(1) (What)Designed a show to celebrate the Anniversary of Tianjin University, and won 3rd prize out of 18 teams.
(2) (Situation & Key Word: demanding) On the anniversary night, there was a huge celebration party, where songs, dances and dramas were played. Each school should design five shows, and our class volunteered to design one. It was a demanding goal as it was very close to the end of the term when most students were busy preparing for final exams.
(3)(Task) As a sophomore student I was in charge of my class performance, which was a drama. I had to deal with the pressure from study, my classmates’ disinterest in acting, and my role as the king in the drama.
(4) (Actions， Key Words: how I saw it through)
First, as there were only 20 students in my class, I distributed at least one task to each student; either a role, or making tools or costumes.
Second, since at the end of the term each member was busy with study, the rehearsal schedule should be reasonable and periodic. All team members cooperated well because of the low frequency and short duration of each rehearsal.
Third, music and scenery were added into rehearsal in order to get close to the circumstances of the party.
In addition, I emphasized the value of time and ordered every actor to respect other partners.
(5) (Result) In the end, our performance was very successful. Not only did I act the “king” wonderfully, but also got good marks on the final exam. 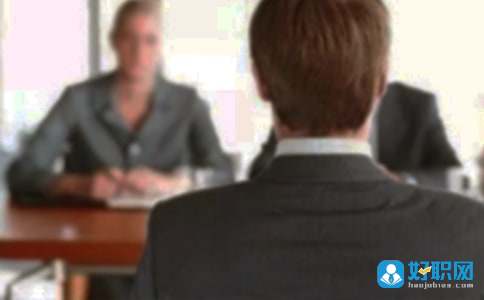 2. Summarize a situation where you took the initiative to get others to complete an important task, and played a leading role to achieve the results you wanted. 描述一个例子， 你团结了一群人共同努力，并为取得成功起到了带头作用。
问题分析： 考查意图： 领导才能， 关键词： took the initiative, get others to complete, leading role。 所以， 你在描述的时候要重点描述自己吸引他人参与、 团结并鼓励他人、 借助他人力量、带领他人这个过程。
回答示范：
(1) (What) I organized a group to sing English choir on Choir Eve, visited all the dormitories in our university and sent Christmas gifts on behalf of our English Association.
(2) (Task) To broaden the students’ understanding of Western culture.
(3) (Key words) took the initiative & leading role
i. Suggested the idea to the Chairman of our English Association and got his approval.
ii. Asked each member of our association to offer at least three suggestions on each of the questions below:
* What songs to play?
* Who could join the choir?
* Where should we perform?
iii. Combined the other team members’ suggestions with my idea and made a decision on the questions above.
iv. Organized the rehearsals, reminded the singers of each rehearsal time and place with short messages, because our singers were indeed busy and they could forget.
v. Made each rehearsal as lively as possible to make the singers feel the atmosphere of Christmas, and thus motivate them to sing with emotion.
(4) (Result) Many students said that they were happily surprised by our activity and they hoped we would hold such activities next Christmas. And some said they would love to join our association to learn the beautiful choir.

3. Describe a situation where you sought out relevant information, defined key issues, and decided on which steps to take to get the desired results. 描述一个例子， 你找到相关信息， 确定重点事项，然后决定了采取哪些步骤来获得满意的结果。
问题分析： 考查意图： 分析―判断―决策能力。关键词： seek out relevant information, define key issues, decide on the steps。面试官希望了解你分析处理一件事情的全过程。和刚才一个题目考查如何争取别人的协助是完全不同的。所以，你在描述的'时候要重点描述你做整个事情的经过， 而不是和什么人一起做。
回答示范：
(1) (What) I organized the first activity of the Management School English Association.
(2) (Situation) As the association is newly founded, not many students show interest in our activities, and we lack efficient ways of helping the existing members to improve their English.
(3) (Task) We decided to make some improvements in our association, in order to help more than two hundred freshmen and sophomores with their English while publicizing our group.
(4) (Actions: 利用原文的Key Words)
i. Seek out relevant information:
* What kind of entertainment was popular among students that also offered chances for them to learn English most effectively?
* Which teacher was suitable for this position?
* When were our members available?
* Which place was convenient for a large attendance?
* Other related factors, such as the availability of facilities and the layout of the spots.
ii. Key issue: What are the weak points of the students’ English abilities? Vocabulary? Listening? Speaking? Grammar? Writing?
iii. Decide on the steps to take:
* Administer a questionnaire to find out the weak points of the students’ English abilities.
* Work out some activities with teachers to improve the weak points.
* Administer another questionnaire to uate the popularity of our activities and choose the top 3 to launch.
* Launch the top 3 activities.
(5) (Result) The Top 3 activities―Fun Vocabulary Recitation, Friends Mock Show, Devil English Corner―proved highly successful, and we hosted double the number students in our later activities.

4. Describe an instance where you made effective use of facts to secure the agreement of others. 描述一个例子， 证明你用事实去说服别人。
点评： 考查意图： 以事实说服他人的能力。关键词： facts, secure agreements。所以，你的描述应该非常直截了当， 先把大家的不同意见列出来， 以及他人为什么不同意； 然后逐条以事实进行说服。
回答示范：
(1) (What) I advanced a plan to found an English Garden in collaboration with the English association in a neighboring university.
(2) (Situation) When I was a member of the English association in our university, I realized that the activities we organized lacked uniqueness and couldn’t effectively help the students improve their English. Our neighboring university is just a five-minute walk away from us.
(3) (Task) I proposed the idea to the president of the Association that we found an English Garden in cooperation with the English association in the neighboring university.
(4) (Actions)
i. (Key Words: disagreement) The disagreements I met included:
* our school authority may dissent.
* The high cost, and we didn’t have enough human resources to carry out this project.
* There were too many English corners; another one was unnecessary.
ii. (Key Words: facts) The facts I made use of:
* Our dean approved this proposal.
* Our partner was willing to provide financial assistance, and our members volunteered to design the details of the plan and implement it.
* A poll showed that the current English corners did not meet the students’ requirements and lacked uniqueness.
(5) (Result) Others were convinced and we successfully founded the English Garden. It’s run once a week now, each meeting attracts over a hundred students.

5. Give an example of how you worked effectively with people to accomplish an important goal. 描述一个例子， 证明你有效地与人合作，共同完成了一件重要的事情。
点评： 考查意图： 团队合作能力。关键词： worked effectively with people。所以， 你的描述应该很清晰：我做什么+别人做什么。
回答示范：
(1) (What) Our team won the 2nd prize in the Military Songs Competition held in our university.
(2) (Situation) In total 20 teams joined the competition, each team represented a class.
(3) (Task) I was in charge of the project. We decided to make our team’s performance unique in order to win a prize.
(4) (Actions & Key Words) worked effectively with people
i. Design: I cooperated with my colleagues to plan the climax of the performance, the musical accompaniment of the songs and the whole arrangement of the narrative poem. As three members in our team were good at guitar, I encouraged them to come up with some ideas about how to use a guitar in the military songs.
ii. Rehearsal: I worked together with those who were in charge of the lights, sounds and scenes to create the perfect artistic effect.
iii. On stage: I reminded my fellows with gestures and eye expression_rs. Also, I helped a singer to cope with an emergency.
(5) (Result) Our military team won the second prize in this competition.

6. Describe a creative/innovative idea that you produced which significantly contributed to the success of an activity or project. 描述一个例子， 你提供了一个创新的想法， 使得某一个活动或者项目取得了成功。
问题分析： 考查意图： 创新能力。关键词是creative idea， significantly contributed。所以，你的描述要包括你的创新意识、 创新依据、 有了创新的想法之后如何去实现它， 以及这个创新想法起到了多么重要的作用。
回答示范：
(1) (What) I suggested that we set the topic to be “Sell Yourself” for the annual speech contest in our school.
(2) (Situation) Each year our school holds a speech contest, the topic is randomly chosen by the teachers, for example, how to protect the environment, the importance of honesty, and so on. Students are not very excited about these topics.
(3) (Task) I am quite interested in participating in speech contests, but I’d like them to be different, more exciting and more useful. So I decided to offer some suggestions to our school.
(4) (Actions)
i. I proposed three topics: Sell Yourself; Where I’ll be in 3 Years; Be Competitive. All focus on future job hunting and career development, which I believe are attractive topics to most students.
ii. I surveyed other students and got the information that Sell Yourself seemed better, because it gave us a chance not only to say something, but possibly to sing and dance in addition to just speak.
(5) (Result) My proposal was used in the Speech Contest, which was enjoyed by the students. Over 500 students came to watch the speech contest, double the previous audience size. And the participants said the topic gave them a good opportunity to show off and become more confident.
7. provide an example of how you assessed a situation and achieved good results by focusing on the most important priorities. 描述一个例子，说明你如何评估形势， 并且把精力放在最重要的事情上， 然后取得了比较好的结果。
问题分析： 这个问题的关键词是assessed a situation, focused on the priorities，考查的是你分析事情和找到问题关键点的能力。所以， 你的描述应该是着重于自己的分析过程。
回答示范：
(1) (What) I once solved the problem of lack of inventory in our store in an hour.
(2) (Situation) Four stores do the promotion at the same time and our store is one of them, the largest one. The sales assistant on the previous day forgot to report that the inventory wasn’t enough and I just realized it when I arrived in the morning.
(3) (Key Words: my assessment of the situation) The four promoting stores were not very far from each other, and they opened at different times. It was possible to fetch some stock from another store and make up for it later.
(4) (Key Words: the priorities) To satisfy the stocking demand of the store which had the largest number of customers.
(5) (Actions) I reported to the manager and offered my suggestion. He accepted it.
(6) (Result) Everything went all right. The inventory in our store was sufficient, and the other store was restocked later before lunchtime.

8. provide an example of how you acquired technical skills and converted them to practical application. 描述一个例子， 说明你如何获得了技能，并且把这些技能转化成实际应用。
问题分析： 这个问题的关键词是convert technical skills to practical application，真正的考查意图是你的“学习能力”。
回答示范：
(1) (What) I learnt how to arrange the questionnaire forms in a scientific way and use them in the survey of a new beer.
(2) (Situation) In the investigation of customer opinions about the taste of a new kind of beer, I found that the questionnaire form was out of date and limited the freedom of responses.
(3) (Actions)
a) I consulted my boss and a good friend who works in a professional marketing research company and learnt a new way of arranging questionnaire forms.
b) I designed two new forms, and my boss chose one of them.
(4) (The result) With the help of the converted form, our company obtained more objective and useful information.
转载请注明出自应届生求职招聘论坛 http://bbs.yingjiesheng.com/,本贴地址:http://bbs.yingjiesheng.com/thread-187016-1-1.html